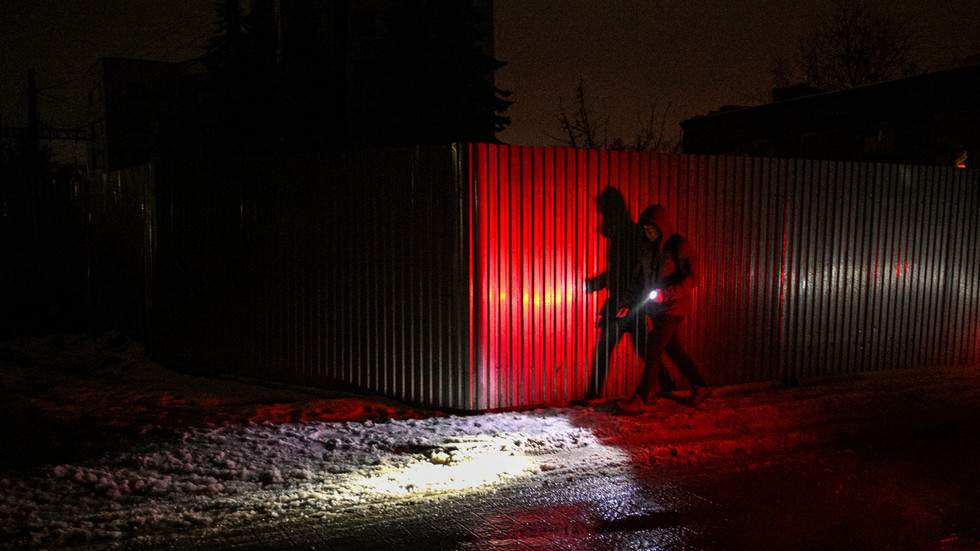 “There were hits in Kharkov, Lviv, Ivano-Frankovsk, Zaporozhye, Vinnytsia and Kiev regions,” Galuschenko wrote in a Facebook post, warning that the “next few days will be difficult.”

Ukraine’s largest private energy operator, DTEK, has reported damage to two thermal power stations (TPS) under its management. The facilities were targeted in previous attacks as well, the company noted, without specifying exactly which TPS have been affected. Unverified footage circulating online, however, suggests that a power station in Kiev Region was hit.

At least one residential building was allegedly damaged amid Saturday strikes, which happened in the southeastern Ukrainian city of Dnepr (previously known as Dnepropetrovsk). While the cause of the incident was not immediately clear, and Ukrainian anti-aircraft defenses have previously inflicted damage on residential areas on numerous occasions, the local authorities have squarely blamed Russia for attacking the building.

“The air defense weapons have destroyed four Ukrainian unmanned aerial vehicles near Berestovoye, Krasnorechenskoye and Zaliman in the Lugansk People’s Republic and Pavlovka in the Donetsk People’s Republic,” he said at a briefing on the special military operation.

Konashenkov added that seven rockets of HIMARS and Olkha multiple launch rocket systems had been intercepted near Berdyansk in the Zaporozhye Region and Novy Svet in the DPR.

“In the direction of Kupyansk, artillery and army aviation aircraft of the Western Military District hit the units of the 14th mechanized brigade of the Ukrainian armed forces and the 103rd territorial defense brigade near the inhabited localities of Pershotravnevoye and Berestovoye in the Kharkov Region as well as Novosyolovskoye in the Lugansk People’s Republic,” he said.

“In the past 24 hours, more than 30 Ukrainian servicemen, two tanks, two armored fighting vehicles and three vehicles have been wiped out in that direction,” he added.

According to Konashenkov, two enemy subversive/reconnaissance groups were eradicated near Tabayevka and Pershotravnevoye in the Kharkov Region.

Russia drastically ramped up its strikes against Ukrainian infrastructure in early October of last year, citing repeated Ukrainian sabotage on Russian soil, including the bombing of the Crimean Bridge, which Moscow blamed on Kiev’s military intelligence service and its Western handlers. Although the incident was widely cheered by top Ukrainian officials, Kiev has denied any involvement in the massive car bomb blast that heavily damaged the road section of the bridge and killed three civilians.