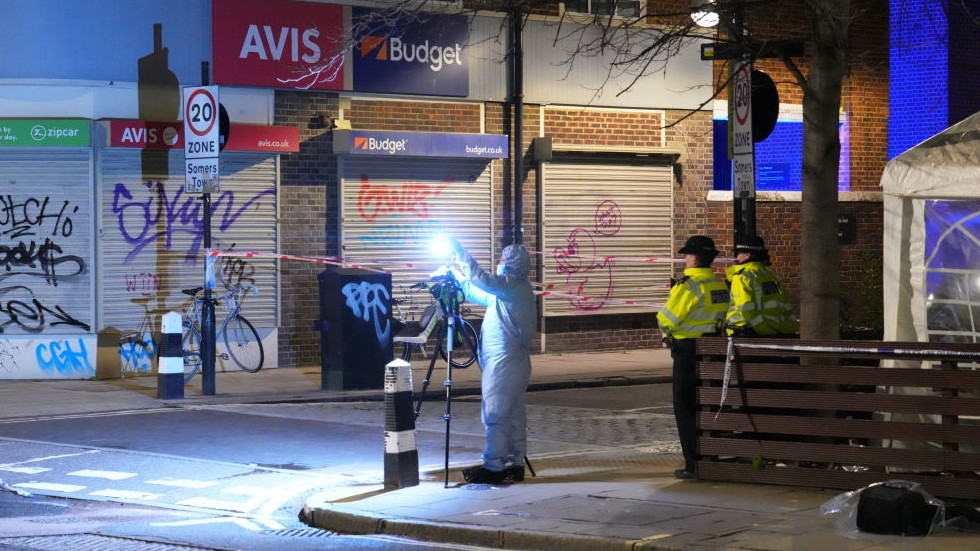 A seven-year-old girl and three women have been injured in a drive-by shooting near a church in central London that was hosting a funeral at the time of the attack.

Police were called to the scene outside the St. Aloysius Roman Catholic Church, located near Euston railway station in London’s Camden borough, around 1:30 p.m. on Saturday. Shots were apparently fired from a moving vehicle in the vicinity of the church, and the vehicle fled the scene, according to a statement by the Metropolitan Police Service’s Camden branch.

The seven-year-old girl was taken to a nearby hospital with unknown injuries before officers arrived on scene. A 48-year-old woman was hospitalized with “potentially life-changing injuries,” police said. The other two victims, ages 41 and 54, suffered injuries that weren’t considered life-threatening.

No arrests have been made, and detectives have urged people with video footage of the incident or CCTV cameras in the area to contact police. People were evacuated from the church through a side entrance, the BBC reported.

The Daily Mail newspaper reported that the victims had been among those attending a funeral at St Aloysius Roman Catholic church for a mother and daughter who had died within a short time of each other in November.

“I am deeply shocked by the shooting in Euston and want to thank the emergency services for their response,” Keir Starmer, the leader of Britain’s main opposition Labour Party, said on Twitter.

Violent crime in London has climbed steadily in recent years. The city has about 200 active gangs, which are largely responsible for violence among teenagers, Sky News reported in November 2021. Euston has around 400 crimes reported per 1,000 residents annually, according to police data, more than triple the rate for London as a whole.