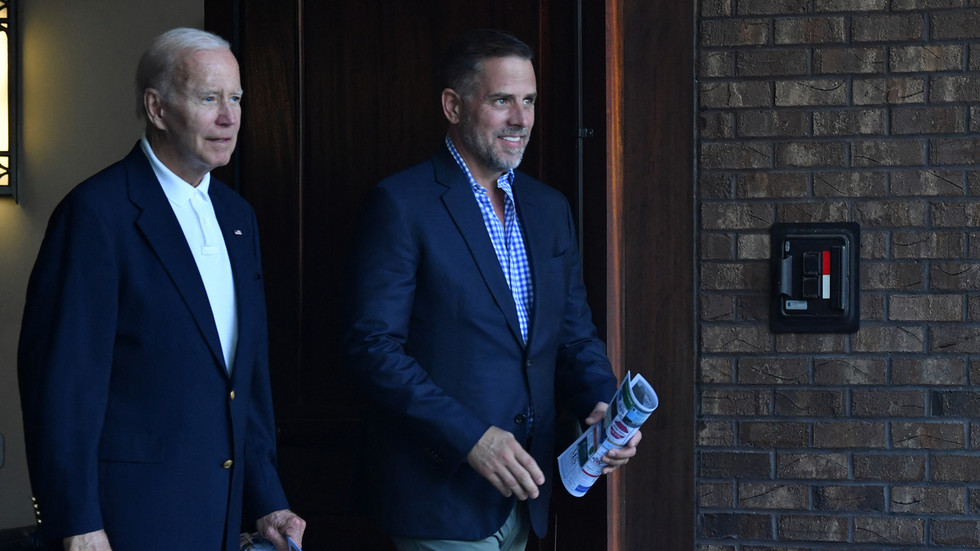 US President Joe Biden’s son Hunter filed last week to block his four-year-old daughter Navy Joan Roberts from taking the Biden name, telling an Arkansas court that it would rob the girl of a “peaceful existence,” the New York Post reported on Saturday.

Biden’s lawyer filed a motion asking Arkansas Circuit Court Judge Holly Meyer to deny the name change request by Navy Joan’s mother, former Biden employee Lunden Roberts, until the girl is able to decide for herself – once “the disparagement of the Biden name is not at its height.”

Biden, who denied the child was even his until a paternity test conducted in 2019 proved otherwise, called the name-change move “political warfare,” pointing out that Roberts had sought to have their daughter’s name redacted from court records related to the DNA test. That case is ongoing, with Biden having filed in September to reduce child support payments, citing a “substantial material change” in his financial circumstances.

Roberts filed last month to legally change Navy Joan’s last name to Biden in a series of court motions connected to the ongoing paternity suit, telling the media through her lawyer that the child would clearly “benefit” from taking on the family name, which was “now synonymous with being well-educated, successful, financially acute, and politically powerful.”

Allowing the girl to carry the Biden name would go some way toward correcting the family’s utter indifference to her, the filing stated, describing the relationship as one in which she was “estranged” to the point of “misconduct or neglect.”

While media reports initially claimed Biden and Roberts met while she was working as a stripper at the Mpire club in Washington DC, allowing the presidential scion to blame Navy Joan’s conception on his admittedly prodigious drug addiction, Roberts’ lawyer has countered that she was actually a salaried employee of his consulting firm Rosemont Seneca.

The claim is supported by texts and other records from Biden’s ‘laptop from hell’ abandoned in a Delaware repair shop that show she got pregnant while working for him and was unceremoniously removed from company health insurance as soon as the child was born.

Hunter and his father have never met Navy Joan, according to Roberts.