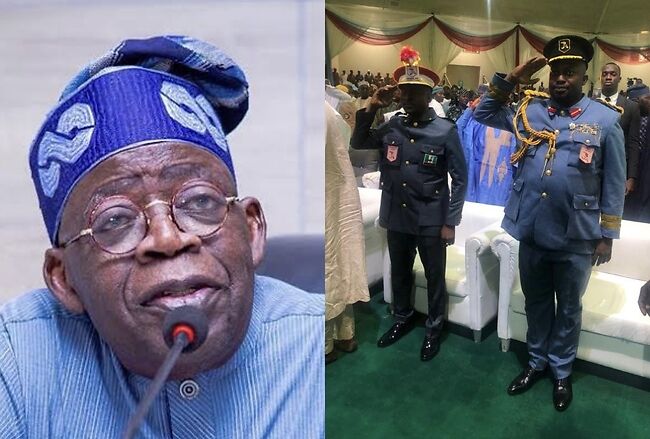 The Peoples Democratic Party of Nigeria (PDP) has called for the arrest and prosecution of the ruling party’s presidential candidate Bola Ahmed Tinubu for planning to foment unrest on polling day.

The “Jagaban Army” known as Blueshirts are akin to Nazi Germany’s Brownshirts that intimidated German voters which propelled Adolf Hitler to power in 1933.

“The Jagaban Army, which is apparently set up to disrupt the 2023 general elections and raid polling units for votes on behalf of APC Presidential candidate, Senator Bola Ahmed Tinubu, is a direct affront to the Nigeria Armed Forces and other security agencies as well as an assault on the sovereignty of our nation.” Ologbondiyan said.

The spokesman accused the ailing APC presidential candidate of planning to make the  nation ungovernable and thereafter disrupt the 2023 Presidential election scheduled for February 25, 2023, using his army of ‘Jagabandits’.

“The notion of Jagaban Army is a ploy to bring hoodlums, thugs and gangsters together under the cover of the APC and turned them into an official militia that will be used to unleash mayhem on the day of the election.” He said.

“Our campaign counsels Tinubu to note that his Presidential ambition is not a do-or-die affair and that he should not set the nation ablaze just because Nigerians have rejected him and his party, the APC for their mass failures.” Ologbondiyan stated.

In another development, the PDP spokesman Debo Ologunagba said Tinubu’s forfeiture of $460,000 drug money is evidence of a heinous crime.

“It is indeed ironic that an embattled Tinubu, who is beleaguered by uncountable cases of fraudulent activities, including perjury, forgery, treasury looting, corruption and narcotic-related conviction can attempt to impugn on the unimpeachable integrity of the PDP Presidential Candidate.”

“In the recent case revealed in the United States of America, it is on record that the APC Presidential Candidate forfeited the sum of $460,000 which was confirmed and found to be proceeds of trafficking in narcotics; an international crime for which Nigeria, being a signatory to International Convention on trafficking in narcotics is obliged to enforce.” Ologunagba elaborated.

The PDP spokesman who is a legal counsel called for the disqualification APC presidential candidate under the relevant provisions of the 1999 Nigerian Constitution.

“The effect of the conviction and forfeiture of the sum of $460,000 by Asiwaju Tinubu confirms that he is ineligible and not qualified to contest for the Office of the President of Nigeria as required by the Constitution of the Federal Republic of Nigeria, 1999 (as amended).”

Under Section 137 of the constitution candidates for elected offices are ineligible for elections if they are under the sentence of death, fined or punished for any criminal act by a competent court of law.

“The APC Presidential Candidate has not come out to deny the conviction and forfeiture or show evidence of any attempt by him to challenge or appeal the judgment, apparently believing that it will slide with time.”

“Asiwaju Tinubu ought to know that time does not run against the State in a criminal matter!”

“He should therefore withdraw from the Presidential race having been found ineligible and not qualified to run or to contest for the Office of the President of Nigeria under the provisions of the Nigerian Constitution.” Ologunagba stressed.

Our correspondent filed this report from Abuja