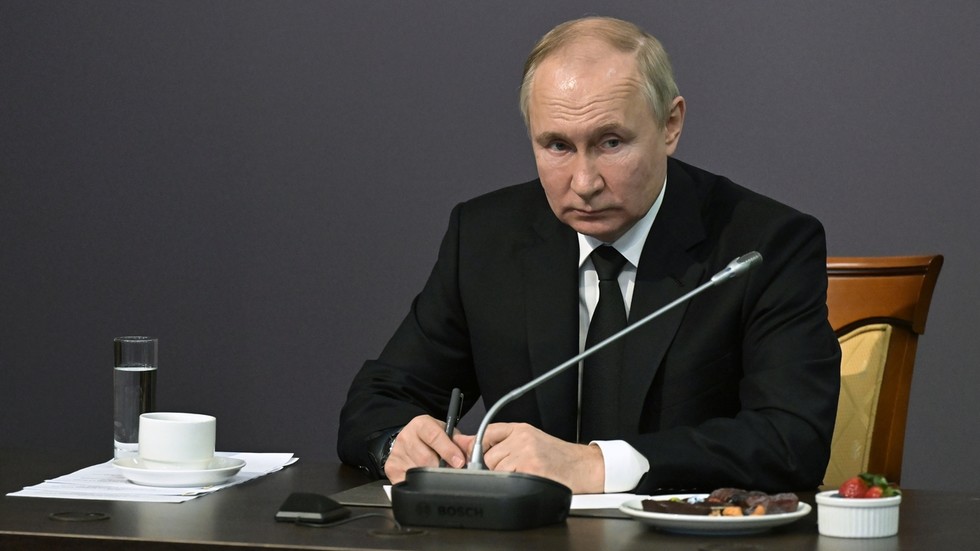 Russia could not stand idly by when Kiev started eliminating people just for associating themselves with Russian culture, language and traditions, President Vladimir Putin said on Wednesday as he explained the reasoning behind Moscow’s ongoing military operation in Ukraine.

A soldier of the Russian special purpose unit in the Kharkov Region. ©  Sputnik / Viktor Antonyuk

Speaking at an event dedicated to the 80th anniversary of the breakthrough of the blockade of Leningrad, Putin noted that the Donetsk and Lugansk regions were “historical territories” of Russia and that he ultimately made the decision to launch the military operation in order to end the eight-year-long war in Donbass and to protect its people.

“We endured for a long time, tried to reach an agreement for a long time. But, as it turns out now, we were simply led by the nose, deceived,” the president added, apparently referring to the admissions by former German chancellor Angela Merkel and former Ukraine president Pyotr Poroshenko that the Minsk agreements of 2014 and 2015, designed to bring peace to Donbass, were a ruse by Kiev to buy time in order to build up its forces.

“It’s not the first time this has happened,” Putin admitted, stating Russia had done its best to resolve the situation by peaceful means. “It is now clear that this was, by definition, impossible. The enemy was preparing to transfer the conflict into an acute, hot phase. We had no choice but to do what we are doing now,” Putin explained.

Earlier on Wednesday, Russian Foreign Minister Sergey Lavrov stated that Russia will consider its objectives in Ukraine fulfilled when no military infrastructure that poses a direct threat to Moscow remains. He also stated that, in order to bring the conflict to an end, Kiev must stop harassing and discriminating against Russian speakers.