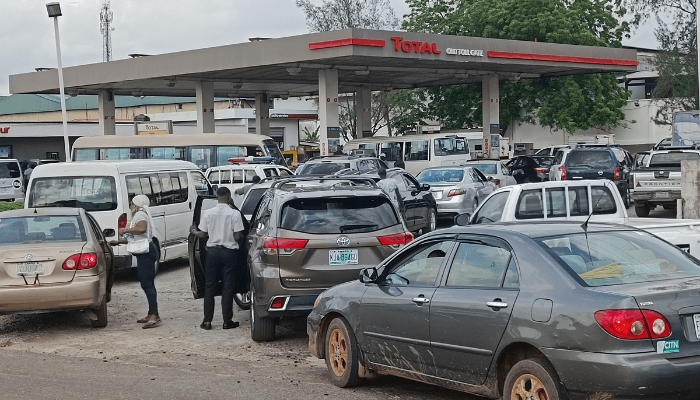 The Federal Government of Nigeria has approved N185 as the new petrol pump price per litre in a memo released Thursday which the Nigerian Labour Congress (NLC) and Trade Union Congress (TUC) immediately rejected. The price increase comes as a shock as Nigerians prepare to vote in national elections next month.

“It is shocking that this government has decided to add to the suffering of Nigerians in the midst of unbearable hardship occasion by anti-people’s policies of the government.” A Labour leader source said on the condition of anonymity because organised labour needs to meet and take a full decision on the matter.

He called on Nigerians to reject the ruling All Progressive Congress at the February polls.

“We are not only going to resist the Nigerian masses, but the Nigerian workers and the ordinary Nigerians will also express their frustration at the polls. The increase has reinforced the belief that Nigerians must take our destinies into our hands.”

“This increase is totally rejected and unacceptable to organized labour and the entire suffering Nigerian masses.  We see this increase as the last kick of a dying regime and Nigerians are not ready to die with the regime.  We cannot continue on this lane. The government cannot continue to use its failures to punish Nigerians.” He added.

The fuel price hike comes weeks after a biting nationwide petrol scarcity, that muted the Christmas and New Year celebrations, with long queues in fuel stations since late November 2022.

Although the official pump price was N165 per litre many fuel stations sold fuel above N250 per litre in Lagos and other parts of Nigeria.

Commenting on the development, the National Operations Controller, of the Independent Petroleum Marketers Association of Nigeria, IPMAN, Mr. Mike Osatuyi, said his members had continued to lift the product at N240 per litre.

Speaking at the World Economic Forum in Davos, Thursday, Nigeria’s Finance Minister Zainab Ahmed said Nigerians should expect fuel subsidy removal in the coming months. “Where there is not enough revenue for the government to buy the refined petroleum products, we have had to borrow to buy the petroleum products. So, if we take that out, that is about N3.25 trillion. That is a significant relief, that we do not incur any more than that number that we projected for in 2023”.

Ahmed, who attributed the delay in the removal of the subsidy to the Coronavirus pandemic in Nigeria, saying: “It was a decision that was taken as a collective, recognising the fact that due to the lingering impact of the COVID-19 pandemic, and also heightened inflation, that removal of the fuel subsidy at that time, would have increased more burden on the citizen.

From our Abuja and Lagos correspondents