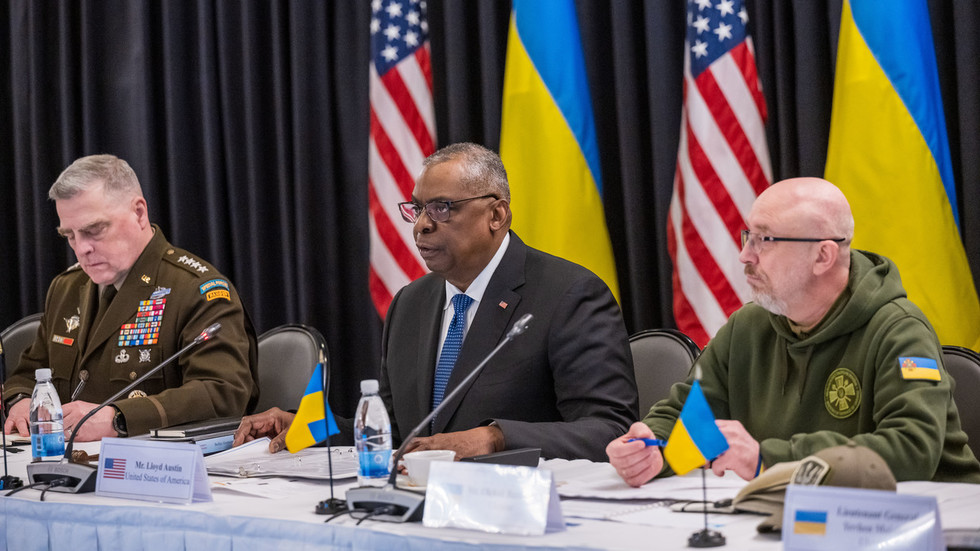 Western allies have dashed the hopes of Ukraine mounting an offensive operation against Russia in the Donbass after failing to get an agreement to supply German Leopard 2 main battle tanks.

NATO and defence leaders from about 50 countries met at the US Ramstein Air Base in Germany on Friday, the latest in a series of arms-pledging conferences since Russia began its special military operation in Ukraine 11 months ago.

No decision on supplying Leopards was reached on Friday, officials said, although pledges for large amounts of other weapons including air defence systems and some other model of tanks, were given.

The US Joint Chiefs of Staff chairman General Mark Milley urged Kiev to put a hold on a spring offensive saying it will be impossible to reclaim territory this year signalling Washington’s willingness to accept the reality of a Russian victory.

He told a news conference in Ramstein: “From a military standpoint, I still maintain that for this year, it would be very, very difficult to militarily eject the Russian forces from every inch of Russian-occupied Ukraine.”

“There was “no unanimous opinion” on sending the German-made tanks to Kiev” Pistorius told journalists, adding that “all the pros and cons must be weighed carefully.” It is still unclear if such a decision would be made in the near future, he stated.

The impression that Germany was “standing in the way” of a “solid coalition” willing to send tanks to Ukraine is “wrong,” Pistorius noted. According to the minister, many NATO members share Berlin’s opinion that “there are good reasons for the delivery and good reasons against [it].”

Germany is, however, preparing to potentially deliver the tanks rapidly if the go-ahead is given, Pistorius stated. He announced that he had ordered a nationwide tank inspection to determine the number of pieces of the equipment the country has in stock both in the German Armed Forces – the Bundeswehr – and at industrial warehouses.

The Defense Ministry is also now expected to check if the equipment in storage is compatible with the German-made tanks used by other nations, according to Pistorius. This is preparation for a day “that may come,” the minister explained.

Pistorius dodged a question about whether Berlin would grant re-export permits to Poland and other countries that may seek to send German-made tanks to Ukraine. That is a decision for Chancellor Olaf Scholz to make, he said.

Whether or not Kiev will be given Western-made tanks has been a point of contention among NATO members. Poland and several other nations have said they were willing to provide German-made Leopard 2 main battle tanks from their fleets, pending Berlin’s consent. The German government has reportedly conditioned its permission on the US leading by example.

The Pentagon declined to include M1 Abrams tanks in its latest package to Ukraine, citing “sustainment issues.” The tank requires jet fuel to operate and is difficult to maintain, so it “just doesn’t make sense to provide that to the Ukrainians at this moment,” Deputy Pentagon Press Secretary Sabrina Singh told journalists on Thursday.

Moscow has accused the US and its allies of prolonging the conflict in Ukraine by forcing Kiev to eschew the pursuit of peace and also pumping it with weapons. It has pledged to achieve its security goals in the conflict regardless of how much support its adversary receives.