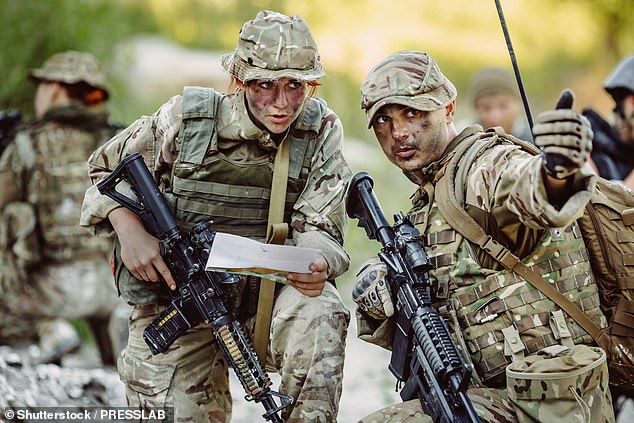 The United Kingdom armed forces are facing a recruitment shortfall as enlistment dropped as low as 30% and the Ukraine conflict drags on according to a report in the British Daily Mail published Thursday.

The huge fall in men and women starting basic training in the Army, Royal Navy and Royal Air Force was accompanied by a large increase of trained personnel leaving the services for greener pastures.

Gurkhas set to be the backbone of the British Army

There was a 17 per cent rise in fully trained and experienced personnel signing off in the year ending September 2022 compared to the previous 12 months.

The bad news comes on the heels of the Chief of the British General Staff General Sir Patrick Sanders, warning the UK was ‘weaker’ after donating equipment to Ukraine. On Monday. UK Defence Secretary Ben Wallace said they would gift 14 Challenger 2 main battle tanks to Ukraine as well as AS-90 heavy artillery pieces, rockets, drones and ammunition.

The Foreign Secretary James Cleverly in a Wednesday joint press conference with his Canadian counterpart Melanie Joly reiterated the West’s commitment to supporting Ukraine militarily in its fight against Russia.

“This is why the United Kingdom has decided to go further and go faster with our help to Ukraine, including the supplying to our friends of Challenger 2 main battle tanks, heavy artillery, and over 200 of other armored vehicles,” he said.

On Wednesday, the British Ministry of Defence said: ‘Following an increase in recruiting during the Covid pandemic, Armed Forces recruiting numbers have returned to pre-pandemic levels and are sufficient for Defence to meet its operational requirements.” But the recruiting and retention data suggests otherwise.

The kingdom will have to rely on Nepalese mercenaries known as Ghurkas and citizens from the Commonwealth to boost its standing strength.

The British Army is to shrink to its smallest size since the Napoleonic wars by 2025 – by which time it is expected to consist of just 73,000 regular soldiers.