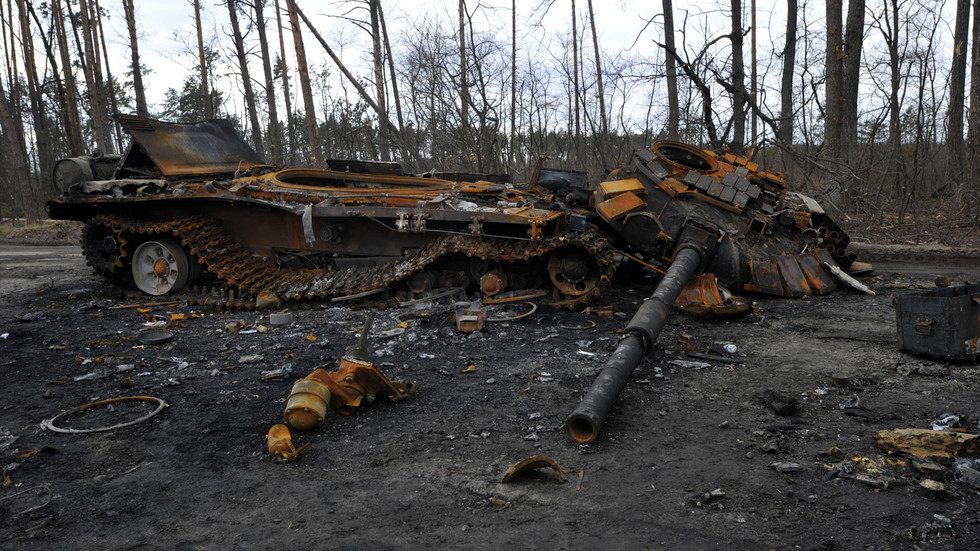 The US Navy confirmed on Friday that a member of its elite SEAL force has been killed in eastern Ukraine, but said that Naval Special Warfare Operator Daniel Swift held “active deserter status.”

Swift died on January 18 from injuries sustained in combat with Russian forces, an unnamed US Navy official told reporters in a background briefing.

“We can confirm the recent death of a US citizen fighting in Ukraine,” the State Department said in a statement. “We are in touch with his family and providing all possible consular assistance. Out of respect for the privacy of the family during this difficult time, we have nothing further to add.”

Swift’s service record shows that the Oregon resident enlisted in 2005 and received medals for taking part in the Global War on Terrorism, and the campaigns in both Afghanistan and Iraq, according to Time magazine. He was listed as going absent without leave (AWOL) in March 2019.

The administration of US President Joe Biden has officially discouraged Americans from enlisting in ‘foreign legion’ formations set up by Kiev. At least eight US citizens who did so anyway have been killed in the fighting over the past year.

Unofficially, US, UK, and other NATO special forces have been active in Ukraine since before the hostilities escalated in February 2022. French media testified to the presence of British and American special operators in April. This was confirmed in December by General Robert Magowan, former commandant of the Royal Marines since promoted to general staff duty. Magowan said the Royal Marines had engaged in “discreet operations” in a “hugely sensitive environment and with a high level of political and military risk.”

In August, British media revealed the existence of the ‘Mozart Group’, an ostensibly private and crowdfunded outfit led by Andrew Milburn, a retired US Marine Corps colonel. Milburn has since inadvertently revealed the Ukrainian army’s massive casualties in Donbass and had some choice words for the leadership in Kiev.

Washington maintains that the US is not a party to the conflict, though it has committed billions of dollars in financial aid and military supplies to Ukraine and publicly pledged to support Kiev “for as long as it takes” for Russia to “lose.”Moscow has warned the West that sending weapons and “mercenaries” to Ukraine will only prolong the conflict and risks a direct confrontation.

Meanwhile Germany’s Federal Intelligence Agency (BND) is “alarmed” over heavy losses suffered by Ukrainian troops in the conflict between Kiev and Moscow, the Der Spiegel weekly reported on Friday.

Russian and Ukrainian troops are currently vying for control of the strategic Donbass city of Artyomovsk (called Bakhmut by Ukraine), but the situation there does not look particularly bright for Kiev, the outlet reported, citing a “secret” meeting between BND officials and the German MPs responsible for security decisions.

“The Ukrainian army is currently losing a three-digit number of soldiers every day” in the fight with Russian forces, Der Spiegel said, citing data reportedly presented by intelligence officials during the closed briefing earlier this week.

Earlier this week, The Times reported that Kiev had sent poorly equipped troops with little combat experience to defend Artyomovsk.

If Russian forces manage to seize the city, it would have “serious consequences” for Kiev, the BND warned, adding that control over Artyomovsk would potentially facilitate major Russian advances deeper into Ukrainian-held territory.

The city of Artyomovsk has become a stronghold of the Ukrainian army in the years since the 2014 coup in Kiev. It is part of a 70-kilometer-long defense line created by the Ukrainian forces during the intervening years. Russia claims sovereignty over the city along with the rest of the Donetsk People’s Republic, which joined Russia in October after a referendum. Kiev rejected the vote as a “sham.”

The city remains a major logistics hub for Ukrainian forces in the region and has emerged as a focal point of the conflict for both sides in recent months. Russian troops have achieved several victories in the area over the last several weeks, taking the city of Soledar and the strategic village of Klescheevka among several other settlements as they seek to encircle Artyomovsk.