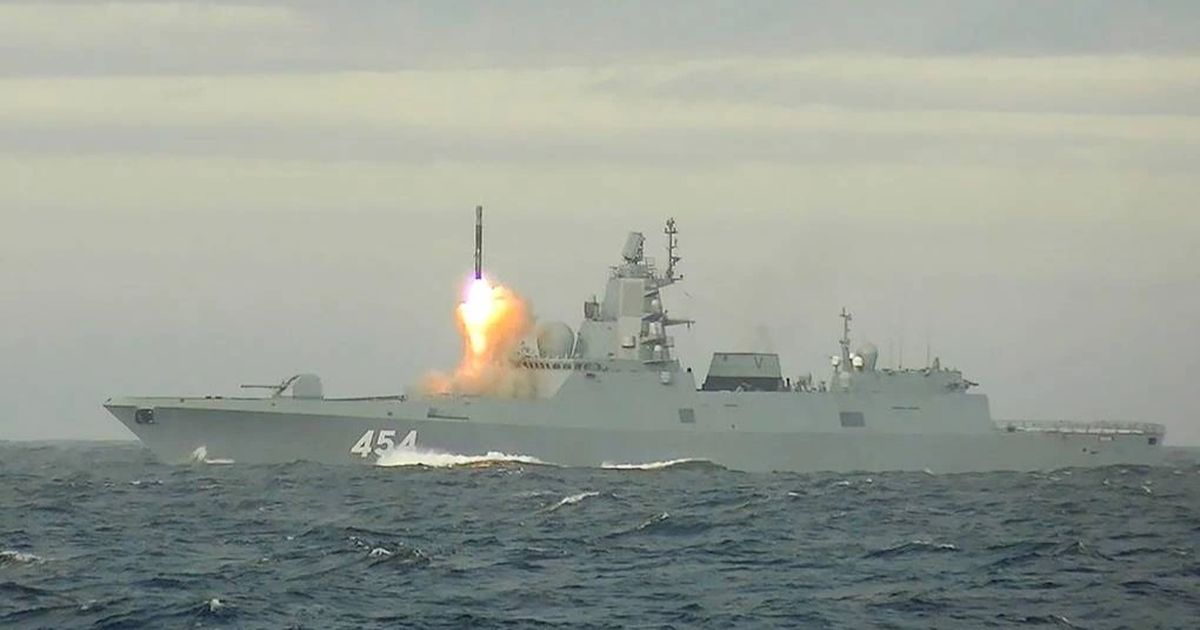 A Russian warship armed with new-generation hypersonic cruise weapons will participate in joint exercises with the navies of China and South Africa in February, the Russian state agency, TASS, said on Monday.

It was the first official mention of the participation by the frigate, “Admiral of the Fleet of the Soviet Union Gorshkov,” which is armed with Zircon missiles.

The missiles fly at nine times the speed of sound, with a range of more than 1,000 km (620 miles), Russia says. They form the centrepiece of its hypersonic arsenal, along with the Avangard glide vehicle that entered combat duty in 2019.

“In its long-distance deployment, the Admiral Gorshkov will call at the logistics base in the Syrian port of Tartus, following which it will participate in the joint drills with the Chinese and South African navies,” a Russian Ministry of Defence source said.

On Thursday, the South African National Defense Force said the drills, to run from Feb. 17 to Feb. 27 near the port city of Durban and Richards Bay, aim “to strengthen the already flourishing relations between South Africa, Russia and China.”

The exercise will be the second involving the three countries in South Africa, after a drill in 2019, the defence force added in its statement.

The “Gorshkov” held exercises in the Norwegian Sea this month after President Vladimir Putin sent it to the Atlantic Ocean in a signal to the West that Russia would not back down over the war in Ukraine.

The frigate has been deployed in distant waters under the command of Northern Fleet Missile Ships Division Commander Captain 1st Rank Oleg Gladky. The warship’s deployment aims to ensure Russia’s naval presence in strategically important areas of the world’s oceans.

Russia sees the weapons as a way to pierce increasingly sophisticated U.S. missile defences that Putin has warned could one day shoot down its nuclear missiles.

China, Russia and the United States are in a race to develop hypersonic weapons, seen as a way to gain an edge over any adversary because of their speeds, greater than five times that of sound and because they are harder to detect.