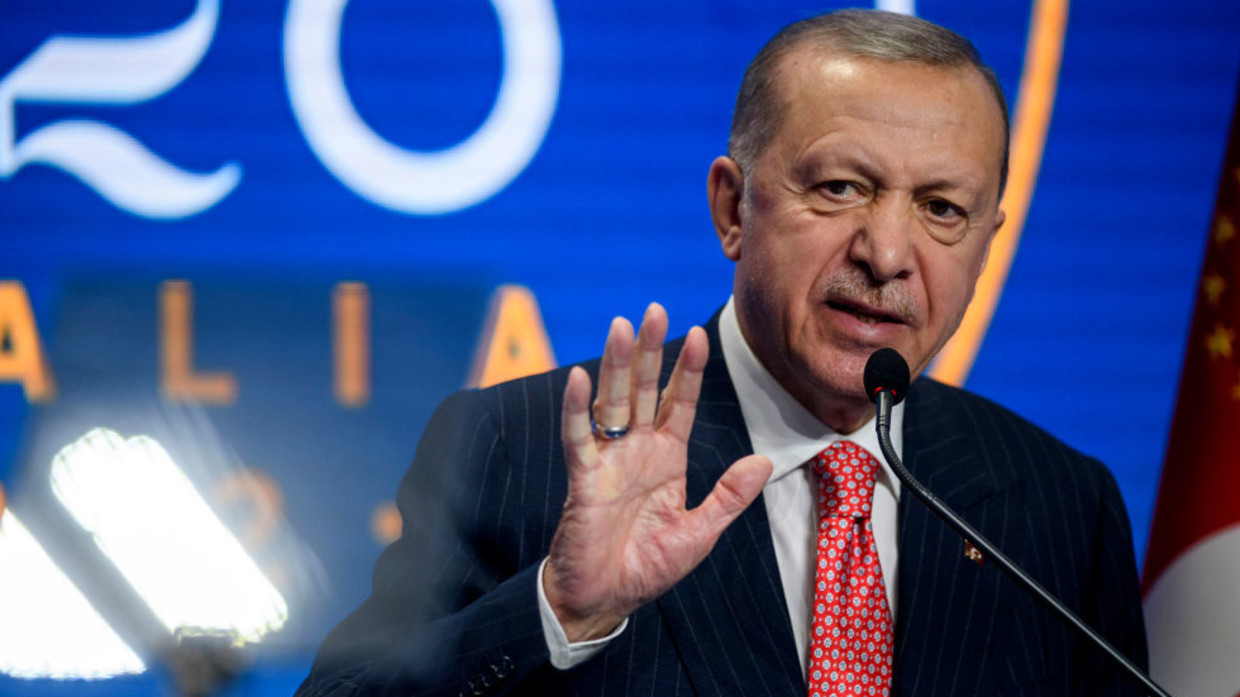 Türkiye’s wavering support for Sweden’s application to join NATO has apparently ended for good, due to Ankara’s outrage over a Koran-burning demonstration that was allowed take place outside the Turkish embassy in Stockholm.

“The Swedish administration should not bother to mention rights and freedoms to us,” Turkish President Recep Tayyip Erdogan said on Monday, after meeting with his cabinet in Ankara. “If you are that respectful to rights and freedoms, you will respect the faith of the Republic of Türkiye or the Muslims in the first place. If you do not show this respect, then, no offense, but you will not receive any support from us with regard to NATO.”

The statement marked Türkiye’s latest reaction to an incident in which activist Rasmus Paludan, a Danish-Swedish lawyer who heads up the Stram Kurs (Hard Line) party in Denmark, torched a copy of Islam’s holy book at a rally on Saturday.

The row comes at a time when applications by Sweden and Finland to join NATO are hanging by a thread. The Western military bloc’s bylaws require approval from all 30 nations in the organization before new members can be added. Only Türkiye and Hungary have yet to approve the Swedish and Finnish bids, which were accelerated in response to the Russia-Ukraine conflict.

Erdogan last year expressed reluctance to approve the two Nordic bids, citing the countries’ support for Kurdish groups that Turkish officials consider to be terrorists. Türkiye, Sweden and Finland signed an agreement last June to address Ankara’s concerns and pave the way for approving the NATO applications. However, Erdogan said the Koran-burning incident violated that pact.

Swedish Defense Minister Pal Jonson had been scheduled to travel to Ankara on January 27 in hopes of ironing out any remaining differences and getting Türkiye’s final blessing for Stockholm to join NATO. Erdogan canceled that visit earlier on Saturday amid tensions over a previous demonstration in which Kurdish protestors hung an effigy of the Turkish president from a Stockholm lamp post.

The latest demonstration was apparently the final straw. Erdogan said that since Swedish officials show such compassion for terrorists and Islamophobes, “we advise them to leave the defense of their country to the very same members of terrorist organizations and Islamophobics.”

US confirms a Navy SEAL was killed fighting Russian troops as German intelligence worries about mounting Ukrainian killed in action...