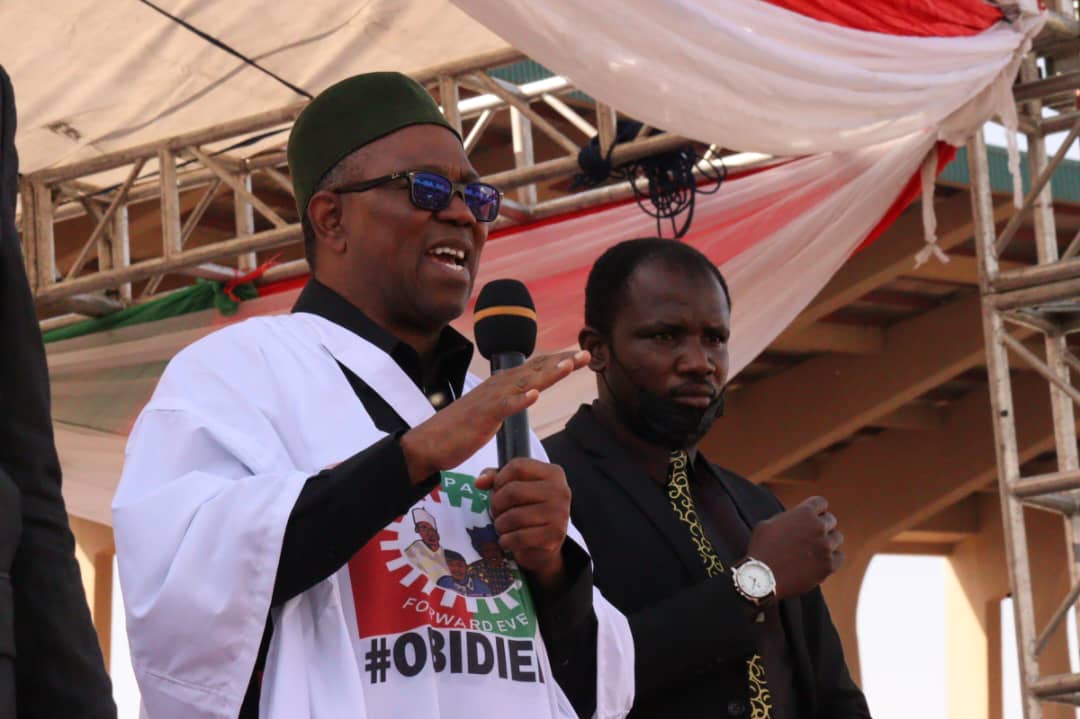 The Nigerian Labour Party presidential candidate Peter Obi was attacked by hoodlums after a campaign rally on Monday in the home state of President Muhammadu Buhari. The Labour presidential candidate had been on a state to state tour promising to tackle the growing insecurity in the country. He was in Katsina the capital of Katsina state when the incident occurred.

In a press statement released on his behalf, the spokesman for the Obi/Datti Presidential Campaign Council, Diran Onifade condemned the attack on Obi by thugs suspected to be working for the ruling All Progressive Congress (APC).

“Our candidate had met with women in a townhall and then held a hugely successful Rally at the Muhammad Dikko Stadium. However, on his way to the airport, hoodlums attacked the car our candidate was riding in with heavy stones from his drivers’ side causing substantial damage to the vehicle.” He stated.

“To the glory of God, Mr Obi and other occupants of the car were unhurt. Subsequently another set of thugs also threw stones outside the stadium which damaged several vehicles including that of our official stage crew,” Onifade added.

He believes that the attacks were pre-meditated because the rally at the stadium was well attended and peaceful. The ruling APC jealous of the #Obidient Movement in the north west political region attempted to kill Obi.

Onifade thanked the peaceful people of Katsina that welcomed Obi in huge numbers and called on the police to investigate the matter.