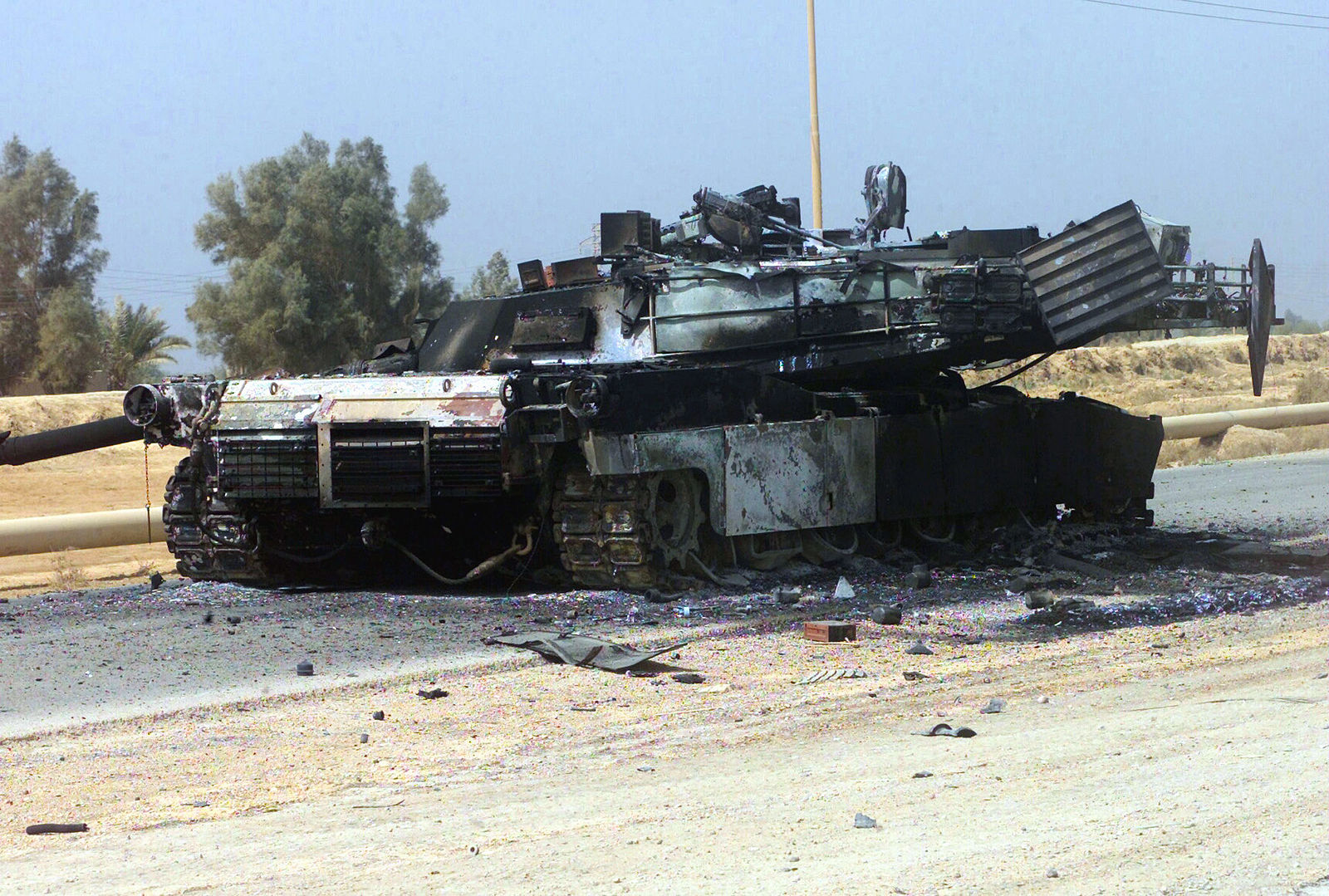 The British Challenger 2, The German Leopard 2 and the US M-1 Abrams or even the French LeClercs will not change the situation in the Donbass

How many divisions of tanks is the North Atlantic Treaty Organisation (NATO) sending to Ukraine? 300? 400? 1000? We simply do not know yet but tanks are vulnerable without air cover and are themselves subject to attacks from ground attack fighter bombers, helicopter gunships and the most effective weapon anti tank guided missiles (ATGMs).

What has Russia got in its inventory to defeat NATO tanks? Let’s start from the air. The Sukhoi 25 Frogfoot close air support fighter bomber similar to the US A-10 Thunderbolt will be good enough to stop a few NATO tanks moving on Russian troops. In military tactics CAS involves bombing enemy forces or armour close to friendly forces by strafing and airstrikes. The Frogfoot is able to carry a combination of rockets, missiles and bombs in its anti tank role.

Now to helicopters. Russia has its version of the US Apache attack helicopter and has a helicopter dedicated to defeating NATO armour. It is called the Mi-28 Havoc The standard missile armament of the Mi-28N is the supersonic 9M120 Ataka-V missile. Two racks can each carry 8 Ataka missiles, giving a total of 16 missile, although 8 Atakas is a more normal load. There are four variants of the Ataka missile for different tasks. The 9M120 Tandem High Explosive Anti-Tank (HEAT) warhead variant is used against tanks fitted with Explosive Reactive Armour (ERA), its stated penetrative ability is 800 mm Rolled Homogeneous Armour (RHA). NATO tank crews will burn after coming in contact with an Mi-28 Havoc.

On the ground Russian troops are armed with the RPG 29 and the Kornet ATGMs, The RPG 29 Vampire bested the best tank in the world the Israeli Merkava main battle tank in Lebanon. During the 2006 Lebanon war Israeli Defence Forces (IDF) armour and infantry suffered losses due to Hezbollah ant tank teams using the Russian RPG 29 and the little known 9M14 Malyutka known in NATO as the AT-3 Sagger.

IDF casualties resulted when the rockets struck homes in which IDF troops had taken positions. This was the case when four soldiers of the elite Egoz unit were killed in the village of Bint Jbail. In that case a Sagger anti-tank missile had been used. The RPG-29’s penetrating power comes from its tandem warhead, and on a number of occasions has managed to get through the massive armour of the Merkava tanks. This led to a diplomatic furore with Moscow with Russia denying it had supplied Hezbollah with anti tank weapons.

The Kornet known in NATO as the AT-14 Spriggan is a man-portable anti-tank guided missile (ATGM) intended for use against main battle tanks. Its effectiveness was in a report from the British Telegraph which exposed how the British Ministry of Defence hid the defects of the Challenger 2. In an August 2007 battle with Iraqi insurgents, a Challenger 2 was hit by a Kornet which blew off part of a soldier’s foot and injured several others.

The Challenger 2 is reputed to be one of the most sophisticated tanks in the world and those used in Iraq by the British Army are built with Dorchester armour, the composition of which is top secret. The tank is also fitted with explosive reactive armour (ERA) at its front that should deflect any weapon fired at its hull. The Daily Telegraph reported.

Russian troops with a Kornet ATGM

The MoD confirmed that the tank’s armour was breached and has said that an investigation was conducted to discover why the ERA appears to have failed. However, the department refused to comment on its findings, citing security reasons.

The M-1 Abram is also vulnerable to the Kornet. Remember when at the start of the conflict NATO Javelin ATGMs were the Holy Grail to stop Russian tanks now it seems the M-1 Abram with its gas guzzling jet engines is the most sought after battle tank. In a 2003 battle with Iraqi soldiers armed with Russian Kornets several M-1 Abrams the “uncontested queen of the battlefield” were destroyed according to ABC News

The Kornet utilises dual warheads of shaped charges. The first destroys the tank’s protective layer of explosives, allowing the second warhead to burn through the metal beneath, with catastrophic results.

According to military experts, the anti-tank version of the Kornet can penetrate up to 3.9 feet of armor and can be launched from as far away as 5,500 yards. Well-trained soldiers are able to launch up to two missiles per minute by merely discarding the used launch tube and attaching the system’s laser-aiming device onto a new missile. The Kornet can be fired in all weather conditions and it is difficult to spot.

The German Leopard 2 tanks are exposed to ATGMS. Their use in Afghanistan by Canadian forces did not alter the course of the war. The Taliban still won even Turkish deployment of them in the Syrian war did not stop ISIS from destroying them with anti-tank weapons and improvised explosive devices.

Sadly more Ukrainians will die for US interests as echoed by the US Democratic congressman Adam Schiff on why weapons need to go to Kiev. “We have to fight them over there and not fight them over here.”

By Akowe As Russia presses on with its "special military operation" in Ukraine to carry out what their president, Vladimir...