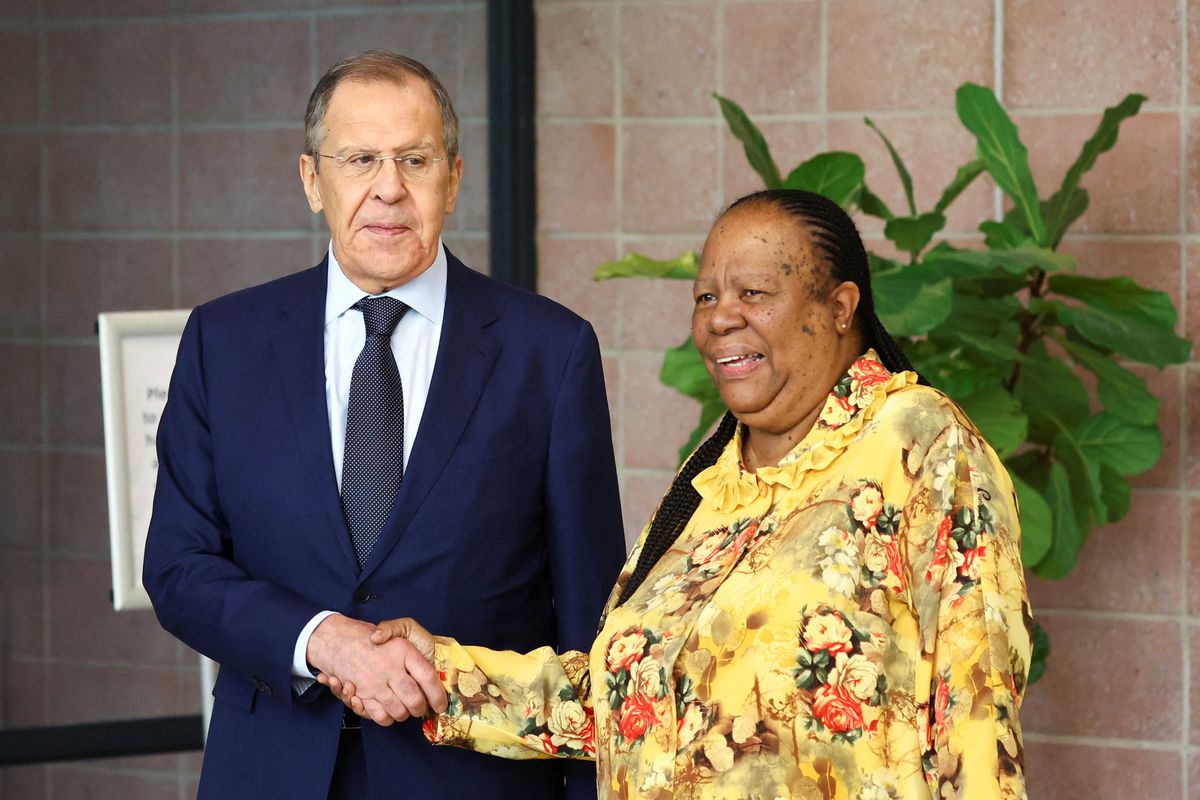 South Africa is one of Russia’s most important allies on a continent divided over the invasion and Western attempts to isolate Moscow because of its military actions.

Lavrov visited a day before U.S. Treasury Secretary Janet Yellen was due to arrive in South Africa, part of a lengthy trip to the continent designed to shore up ties with the United States.

“The United States has concerns about any country … exercising with Russia as Russia wages a brutal war against Ukraine,” White House press secretary Karine Jean-Pierre said.

She said she had no information to provide about conversations with South Africa on the matter.

Some opposition parties and South Africa’s small Ukrainian community have said that hosting Lavrov is insensitive. South Africa says it is impartial on the Ukraine conflict and has abstained from voting on U.N. resolutions on the war.

It has close ties with Moscow, a friend of the governing African National Congress when it was a liberation movement opposing white minority rule, and will host a joint exercise with Russia and China on its east coast from Feb. 17-27.

“All countries conduct military exercises with friends worldwide. It’s the natural course of relations,” Pandor, alongside Lavrov, told reporters in the capital, Pretoria.

The exercise will be under way on Feb. 24, the anniversary of what Russia calls its “special military operation”. Ukraine and its allies accuse Russia of an imperial-style land grab from its neighbour and fellow ex-Soviet republic.

South African President Cyril Ramaphosa’s government has expressed a desire to mediate in the Ukraine conflict as a neutral party.

Pandor emphasised that, though South Africa had initially called on Russia to withdraw from Ukraine unilaterally, that was no longer its position.

“To repeat that … to Mr Lavrov today would make me appear quite simplistic and infantile, given the massive transfer of arms (to Ukraine) … and all that has occurred (since),” she said.

Lavrov was visiting ahead of a Russia-Africa summit in July. There was no official public comment from the Ukrainian embassy but officials said it had asked the South African government to help push a Ukrainian peace plan.

Pandor has said South Africa will not be dragged into taking sides, and has accused the West of condemning Russia while ignoring issues such as Israel’s occupation of Palestinian territory.

“As South Africa, we consistently articulate that we will always stand ready to support the peaceful resolution of conflicts on the (African) continent and throughout the globe,” Pandor said in earlier remarks on Monday.

On his part, Lavrov accused the West of turning a blind eye to the fact that Kiev’s forces continue to deliberately choose targets and carry out attacks in such a way as to terrorize the civilian population. “The West knows perfectly well that the Ukrainian regime deliberately bombs cities and towns using Western-supplied weapons,” the minister said.

Lavrov reiterated Moscow’s position that it has not carried out attacks in Ukraine against civilian infrastructure, and that the damage to it is attributable to Kiev’s regular practice of deploying heavy weapons and air defense systems in residential areas.

Despite the spiraling tensions, Lavrov noted that Moscow remains open to negotiations with Kiev, and warned that those who refuse talks should understand that the longer they are delayed, the harder it will be to find a solution.

The minister also asked the Ukrainian government to explain, perhaps through a third party, how it sees the situation in the country playing out and the possibility of negotiations with Russia.

Lavrov is on African tour with stops in Eswatini, Botswana and Angola.

Next post Prince Andrew Photo is Fake and Epstein was Murdered