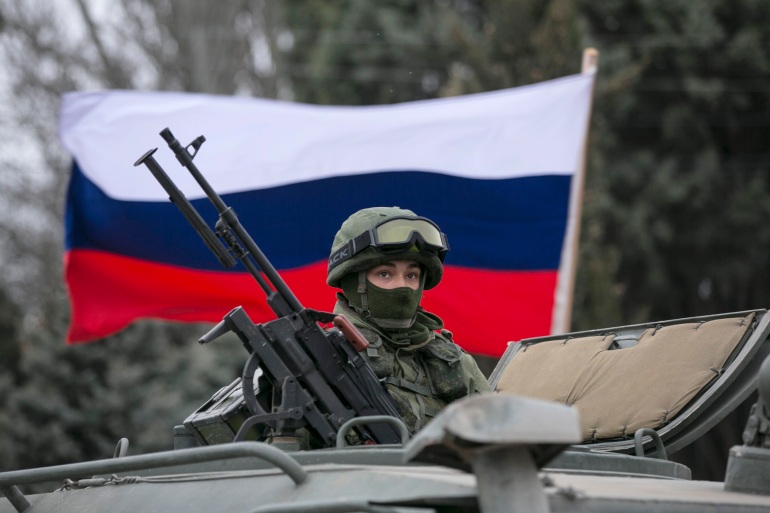 Russia denies US accusation that it intends to invade Ukraine

The Kremlin on Friday denied US accusations that it was plotting to invade Ukraine by massing thousands of troops on the eastern border of Ukraine.

Kremlin spokesman Dmitry Peskov dismissed reports that Moscow had intentions of invading Ukraine as a “hollow and unfounded attempt to incite tensions. Russia doesn’t threaten anyone,” Peskov said during a conference call with reporters. “The movement of troops on our territory shouldn’t be a cause for anyone’s concern.”

“We take measures to ensure our security when our opponents take defiant action near our borders. We can’t stay indifferent to that; we must be on our guard.”

Peskov was referring to the rencent deployment of two US warships to the Black Sea and NATO reconnaissance flights near Russia’s borders.

Russia’s deputy U.N. ambassador, Dmitry Polyansky when asked if Moscow had any intention of invading Ukraine, he replied “Never planned, never did, and (is) never going to do it unless we’re provoked by Ukraine, or by somebody else.” He then cited examples of NATO provocations near its borders.

“The real goal behind the U.S. activities in the Black Sea region is exploring the theatre of operations in case of Kyiv’s attempts to settle the conflict in the southeast by force.” the ministry said.

The West has grown wary of Russia since it forcefully took back its territory of Crimea in 2014 and backing Russian separatists in eastern Ukraine.