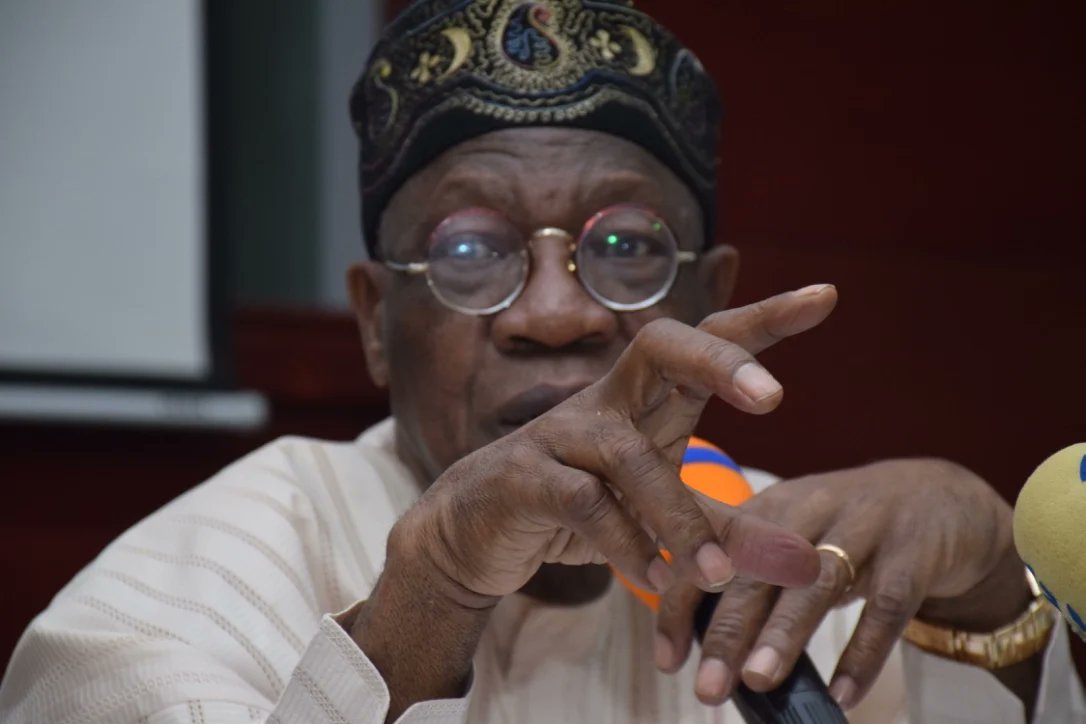 After soldiers invaded the Lekki tollgate in Lagos on October 20, 2020, during the #EndSARS protests and shot at protesters, Lai Mohammed, minister of information, said nobody was killed at the tollgate.

In November 2020, the minister attacked DJ Switch, a disc jockey, who filmed the army shooting #EndSARS protesters at Lekki tollgate, saying she will soon be “exposed for who she is”.

Lai, who described the disc jockey as a “purveyor of fake news,” questioned her motive for saying protesters were killed by the army, which he said was “suspicious”.

Again, in November 2020, the information minister said the report of CNN on the Lekki shooting “did not just fall short of journalistic standards but reinforces the disinformation that is going around on the issue”.

The minister, in the letter written to CNN, said the international platform left out video which could have shown that “armed hoodlums invaded the Lekki Toll Gate that night, and could have hit any of the protesters as they shot sporadically”.

“This is clearly a ploy by the CNN reporter/presenter to manipulate viewers of its ‘investigative’ report and force them to draw the reporter’s desired conclusion,” the minister wrote.

In January, the information minister asked Amnesty International (AI) to show proofof the 12 people killed during the shooting at the Lekki tollgate or “shut up”.

Mohammed said the human rights organisation was gradually losing credibility, and asked AI to come out with evidence of the people killed by the military.

Again, in February, the information minister said nobody has come forward to produce evidence of those killed at Lekki tollgate.

Mohammed described the report of killings at the Lekki tollgate as “fake news and unverified social media reports”.

The minister described the incident at the tollgate as a “phantom massacre”, saying it is the “first massacre in the world without blood or bodies”.

“One year later, and despite ample opportunities for the families of those allegedly killed and those alleging a massacre to present evidence, there has been none: No bodies, no families, no convincing evidence, nothing,” the minister had said.

“Where are the families of those who were reportedly killed at the toll gate? Did they show up at the Judicial Panel of Inquiry? If not, why?” On Monday a report of the Lagos state judicial panel on police brutality — including investigation on the Lekki massacre said protesters were killed at the tollgate in what the panel described as a “massacre”.