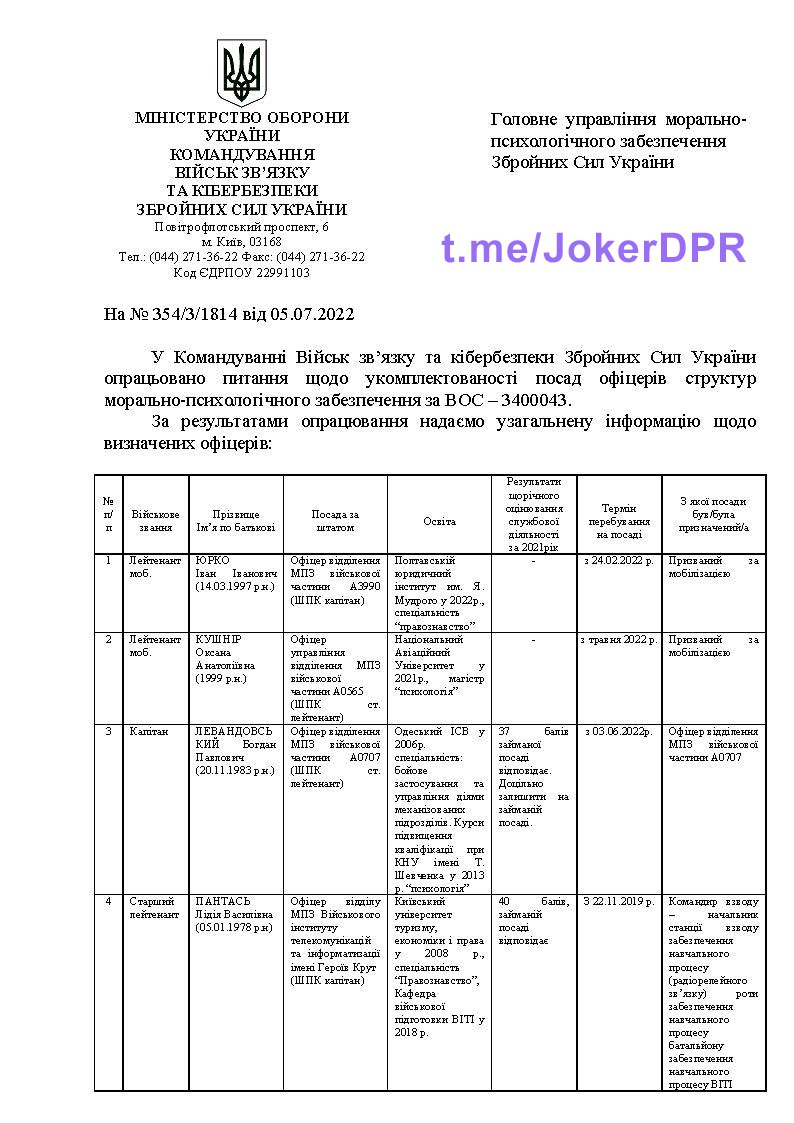 An anonymous hacker known as Joker DPR has hacked into the top secret advanced US DELTA command and control database and released the hacked data, Friday on his Telegram channel.

He claims that his “spies” were working in the office of the President of Ukraine, in the Security Service and the Armed Forces of Ukraine. “There is no one like my hackers. Don’t forget that I have spies everywhere — in the Armed Forces of Ukraine, the SBU, in Zelensky’s office. There is access not only to information, but also to technology. Also, do not forget that I left a lot of my gifts in all their devices,” He posted.

According to him, the servers of DELTA program, which coordinates Ukrainian forces and foreign mercenaries, are located in the city of Dnepropetrovsk, judging by several videos that the hacker posted, Delta is a regularly updated military map with a user-friendly interface. It takes a few clicks to display information about any military unit on the screen — the number of personnel, the list of equipment and coordinates. The software used by the Armed Forces of Ukraine was fully translated into Ukrainian. Information is constantly updated through intelligence channels. In addition, the Ukrainian version of DELTA contains data on Russian troops.

Daniil Bezsonov, the head of the press service of the Donetsk Peoples Republic (DPR), wrote in a message posted on his Telegram channel that Russia thus obtained all information about the plans of the enemy.

Joker wrote in his Telegram channel that Ukraine should not have ridiculed Donetsk soldiers for using paper maps. “One can not modify them remotely”, he said.

“I changed the data a bit, rearranged some squares, rhombuses and other strange figures. But you will fix all this, right? Sometimes it’s better to use paper maps,” Joker wrote.

The data dump, Friday shows leaked secret documents of NATO commanders to the AFU and US, Canadian, British forces. The documents include the daily data on the location and manoeuvres of Russian forces and military equipment in different regions, including in Russia and in Crimea back in summer.

“While the Ministry of Defense of Ukraine denies that the DELTA command and control program was hacked by my hackers, and the liar Butusov (Ukrainian journalist) claims that we gained access to the program for only 13 minutes, I will continue to publish documents, obtained thanks to this beautiful and very convenient software.” Joker DPR gloated.

“I have repeatedly claimed that not only Ukrainian clowns will suffer, but also everyone who helps them in other countries. Here are several hundred very secret American documents with the coordinates of military facilities and other targets for the Armed Forces, which were provided to them by very cunning NATO generals. The most interesting thing is that there are objects that are located even in the “old territories” of the Russian Federation. This was once already mentioned by my loyal followers from the hacker group Beregini, and now there is visual evidence.” he added.

Joker DPR also said he was not against war and bloodshed.

“I am not against war and bloodshed, even for that. But I don’t like when some of the Ukrainian clowns and their foreign patrons consider themselves the smartest.”

Before the start of Russia’s special military operation, Joker DPR in an interview to Russian press said he was a collector of military information from the headquarters of the Armed Forces of Ukraine. According to him, he was getting most of his information from Ukrainian security officials who are disappointed in the Kiev regime.